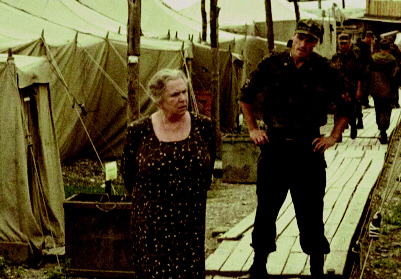 In the period from 2006 to 2009, the feature film market came in second in terms of investment, attracting around RUB 30 billion. Since 2006, 417 feature films were produced, an average of 104 films a year. Most film production was financed by grants, the majority coming from the Ministry of Culture of the Russian Federation. Since 2006, 279 films have received state funding. State support for feature films averaged RUB 19 million per film, but never exceeded RUB 29 million for production and RUB 5 million for distribution. In addition, during the period in question, overall government support for companies with the highest production budgets, such as CTB, Central Partnership, VGTRK (Rossiya TV channel), and STS, never exceeded 15% of the companies’ total film production budget.

Between 2006 and 2009, approximately 300 companies were involved in feature film production. Of these, about 100 companies (33%) participated in the production of two or more films, and only 23 (7%) produced more than five films, while 200 companies produced just one film. Since 2006, only eleven producers have released more than seven films, including: Vadim Goriyanov, Sergey Danielyan, Ruben Dishdishian, Leonid Lebedev, Aram Movsesyan, Yuriy Moroz, Sergei Selyanov, Valeriy Todorovsky, Igor Tolstunov, Alexander Rodnyansky, and Sergei Shumakov.

Film production costs increased significantly during the period from 2006 to 2008. Market players believe this development was primarily due to increased wages for film crews. According to estimates by Russian producers,38 before the financial crisis, labour costs made up 60 to 70% of film production budgets. At the end of 2008 the newly established Association of Film and TV Producers again attempted to regulate these wages. It adopted recommendations for lowering the wages of production crews by a factor of 3-3.5.39 Thus the producers’ community in Russia tried to use the crisis situation to restrain excessive wages in film production. However, in September 2009 the Federal Antimonopoly Service sent letters to 17 companies, all members of the Association, with a warning regarding “unacceptable collaborative actions” to establish a ceiling for pay scales — a violation of Russian antitrust laws.

Taking into consideration the share paid to cinemas based on film exhibition revenue (50%) and the basic payments to distribution companies (5% of gross box office takings; experts from RFilms put its maximum level at 10% 41), production companies’ gross revenues for films released to cinemas between 2006 and 2009 did not exceed RUB 7.8 billion. On average, production companies, who do not break even, recoup only 20% of production expenses. Average profits from cinema distribution were in the region of RUB 26 million per Russian-made film over the period. Based on the results of cinema exhibition,  production companies’ total net losses, prior to deduction of advertising and promotional costs and before taxes, may be estimated at RUB 16 billion.

These figures show that, even where producers retained the ability to profit from selling rights for TV and DVD releases, most Russian film projects between 2006 and 2009 resulted in losses, since film producers receive their principal revenue from cinema exhibition. Low-budget (less than USD 6 million) films are an exception to this rule as they lead in terms of cinema distribution. In the main, these are comedies, such as Zhara [The Heat], Lubov-Morkov [Lovey-Dovey], Piter FM, Love in the Big City, and Hitler’s Kaput!

The price of rights to high-budget films (those with a production budget greater than USD 6 million), including the rights to TV, DVD, computer games, merchandising, etc., is at best between 10 and 20% of the production budget itself. Until the winter of 2008-2009, when the financial crisis began to have a noticeable impact, DVD distribution rights sold for as high as USD 1 million for the most successful films, with TV broadcasting rights from USD 1.5–2 million. Prices for selling film distribution rights abroad comprised an even smaller share of overall revenues. There are only a few examples of successful deals, including Wolfhound from the Tribe of Grey Dogs, the rights to which sold for USD 1.5 million, and Streetracers, which sold for USD 1 million.

It is impossible to assess the royalties earned by producers from the distribution of Russian films abroad, as although the rights for most of these films have been sold, the price and the terms of the deals have never been disclosed. The most successful sales of international rights were for Night Watch: Nochnoi Dozor and Day Watch (USD 10 million), as well as Mongol (USD 7 million). On average, the rights for the most successful Russian films sold for less than USD 1.5 million. For example, The Return made USD 1.5 million, 9th Company made USD 1.2 million, Wolfhound from the Tribe of Grey Dogs earned USD 1.5 million, and Streetracers USD 800,000.

The highest box office takings in 2006 were made by co-productions with foreign countries, such as Mongol (produced by Sergei Bodrov Sr.), which earned more than USD 19 million from exhibition abroad, and Tulpan (produced by Sergei Dvortsevoy) which brought in more than USD 1 million.42 China has become a new market for the distribution of Russian films. In 2010, the film Climber Girl made USD 2.1 million in the Chinese market, while We Are from the Future [My iz budushchego] brought in USD 1.6 million.

Another revenue stream for Russian producers is the ever-expanding market for product placement. Information on product placement budgets is not disclosed by producers or advertisers. According to market players, the price of placing a product in a Russian film or TV series depends on the type and number of scenes involved and may vary from USD 40,000 to USD 1 million.43 In 2007, experts valued the market for film product placement at about USD 15–20 million.44 Of the films that have actively used product placement, the following may be singled out: Paragraph 78, The Sovereign’s Servant, Lubov-Morkov [Lovey-Dovey], Kod Apokalipsisa [The Apocalypse Code], Shadow Boxing 2, The Irony of Fate 2, Streetracers, and Day Watch.

Given the lack of objective information about spending on advertising and promotion, or about film producers’ additional revenue streams, it is rather difficult to draw conclusions regarding the profitability of film production companies operating between 2006 and 2009. However, it is possible to state with a high degree of certainty that companies such as Channel One, Monumental Pictures, Real Dakota, Comedy Club Production, Bazelevs, Leopolis, and Pygmalion Production are profitable. Box office returns in Russia and CIS for these companies’ films were more than twice as large as their production budgets. However, if we also take into account revenue from international distribution, then it is highly likely that CTB is also recouping its outlays.

If we include additional revenue streams in our calculations, then Central Partnership, VGTRK (Rossiya TV channel), STS, Igor Tolstunov Production Company (PROFIT), and Paradise Productions are all likely to be profitable as well. Given the fact that the Russian and CIS box office revenues of their films, combined with the government grants they received, amount to as much as, or more than, their production budgets.

According to market players, by the end of 2008 the market for film production could be characterised thus:

Discounting Burnt by the Sun 2, for the first time in the modern history of the Russian film industry, films’ gross returns exceeded their gross production budget. A minimum of six films have a good chance of becoming profitable based on the results of cinema distribution.