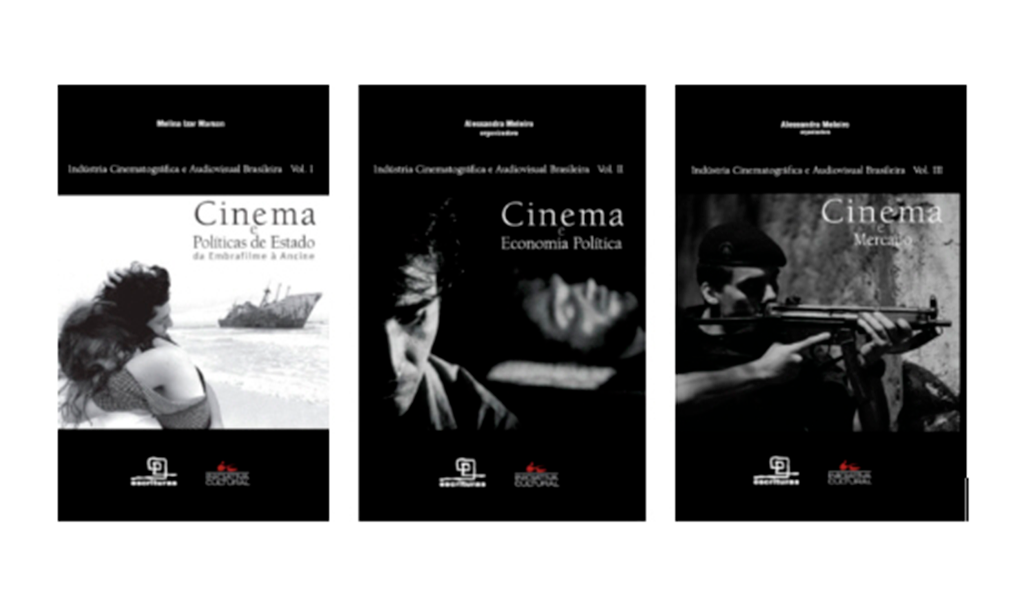 The Cultural Initiative Institute and the publishing house Escrituras Editora are about to launch the collection “Brazilian Cinema and Audiovisual Industry”, a three-book series that presents a detailed panorama of the market, the economy and related public policy. The collection was coordinated by the researcher Alessandra Meleiro and features articles by managers, market professionals and other researchers.

In volume I, “Cinema and State Policy: from Embrafilme to Ancine”, the author Melina Marson creates a timeline of Brazilian cinema, taking a behind the scenes look at the demise of the state agency Embrafilme in the early 90s, the creation of the Rouanet and Audiovisual laws, the euphoria surrounding the industry revival and, finally, the re-politicization of cinema and the involvement of TV in 2002, culminating in the creation of the National Cinema Agency ANCINE.

In “Cinema and Economic Policy” (vol. II), various authors analyze the economic specificities of the industry. The diplomat Marco Farani attempts to explain Brazilian foreign policy for the promotion of Brazilian films at international festivals and at other events especially geared toward Brazilian output. Edna dos Santos-Duisenberg outlines the challenges facing the creative economy, while Alessandro Teixeira details the role of Apex-Brasil in this context.

Other themes in this volume are the new regulatory models for cinema and television, addressed by César Bolaño and Anna Carolina Manso; the economy of audiovisual industries, by Valério Cruz Brittos and Andres Kalikoske; the development of the Brazilian blockbuster, in an article by Fábio Sá Earp and Rodrigo Guimarães e Souza; cinema ethics and law, by Marcos Bitelli; and a case study by Isaura Botelho on audiovisual practices in São Paulo.

Finally, “Cinema and the Market”, the third volume in the collection, conducts a thorough diagnostic of the tripod of production, distribution and exhibition. Arthur Autran writes on the Brazilian Industrial mindset while João Paulo Rodrigues Matta addresses the inefficiency of local distribution and Luiz Gonzaga de Luca presents some facts and figures from the side of the theaters.

Antonio Leal and Tetê Mattos talk about the growth of national festivals, Sabrina Nudeliman and Daniela Pfeiffer discuss the new media in cinema, João Carlos Massarolo and Marcus Vinícius Alvarenga trace the development of new arrangements in the digital economy and  Randal Johnson gauges the performance of Brazilian films in the United States.

This collection is a pioneering initiative in Brazil, the result of a 2009 award granted under the São Paulo State Cultural Secretariat’s Cultural Action Program, and aims to promote the various sectors of the audiovisual area, proposing an ample approach with high-level content and experimental applications that encompass graphics, illustration and photography.