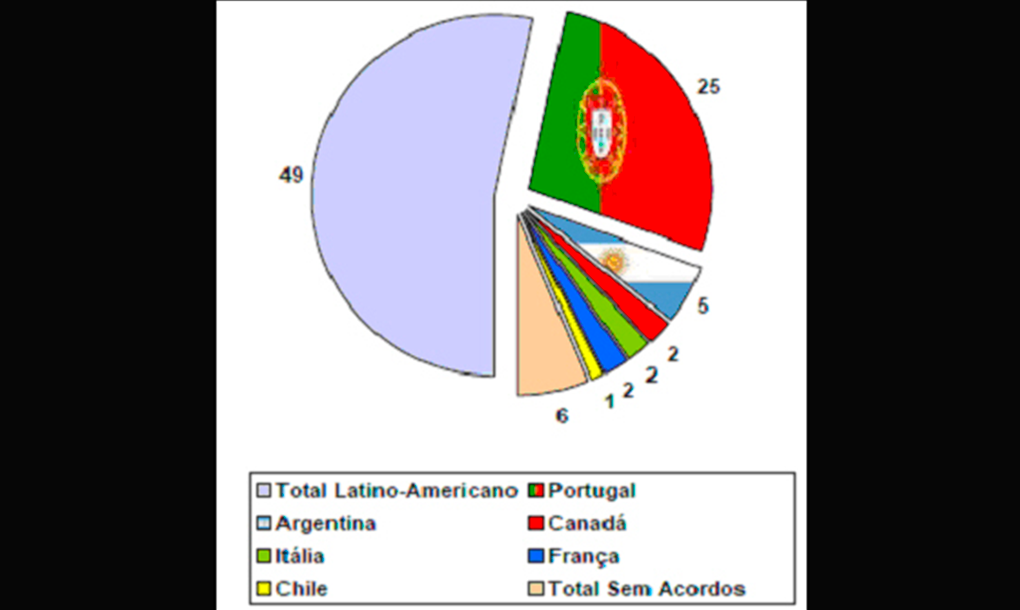 From an economic perspective, the audiovisual industry plays a strategic role in the dissemination of information and therefore in the decision-making process of the world economy, not to mention the capacity of generating products, employment and income. It was estimated that the revenue of the audiovisual industry in Brazil in 1997 was about 5.5 billion dollars, equivalent to approximately 1.0% of Gross Domestic Product, compared with 1% in Argentina, 0.5% in Mexico, 1.1% in Europe and 2.7% in the USA.

The four main American distributors enjoy the largest slice of the national market while the remaining market share is occupied by small independent distributors. From time to time, the major players, like Columbia, Sony, Fox, Warner and UIP, have also invested in the distribution of Brazilian products. In this case, the company also acts as the producer, profiting from fiscal exemption in the remittance of foreign currency used in the co-production of Brazilian films (through Article 3A, resources secured through fiscal renouncement). Dois Filhos de Francisco, with over 5 million viewers in Brazil, Carandiru, Se eu fosse você and Cidade de Deus are examples of this practice.

Every audiovisual activity in Brazil is regulated and supervised by the National Film Agency (ANCINE), a special and independent autarchy linked to the Ministry of Culture that acts as strategic Unit in fomenting film productions in Brazil, lending support to foreign co-productions and creating and implementing public policies and specific funds in order to meet the increasing demands of this constantly developing market.

It is important to note that all foreign screen productions carried out in Brazil must be reported to Ancine and will require the participation of a national production company which will be responsible for the production before the agency and other federal, state and municipal bodies. There is a clear distinction between the business models followed by Brazilian and foreign producers: one is production services and the other is international co-production.

Production Services is when an international producer only wants to carry out his work at a location or studio in Brazil, without the use of the national partner´s resources, simply hiring a national company that will be responsible for carrying out the work and providing the necessary support for recruitment, logistics, lease of equipment, etc.

For U.S. and European producers, offshore deals are a means of lowering costs and hedging their financial bets at a time when the banking crisis has made film production loans at home harder to come by.